« The Artist Series: Cole Holyoake< Previous
Daily Dose: Value Over Everything »Next > 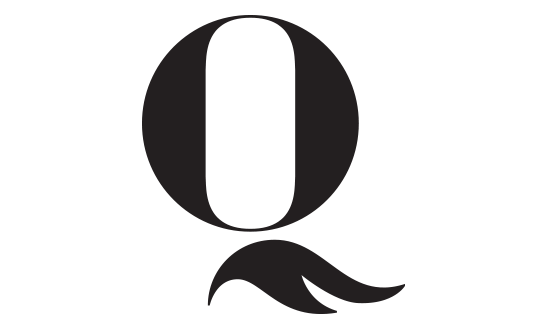 The importance of sales ambition

I'm going to be a bit pushy here.

Our series on selling albums talks about:

— setting expectations — making it clear you sell them, and why!

— making it easy for your clients to buy

— not coming across as "pushy or sales-y" etc.

I think that's good, sensible stuff — I helped write them, so there's that! — but let's face it, they lack something: ambition.

Portrait and wedding photographers come in all shapes and sizes, attitudes and ambitions, but one of the most important things that define them is surely their attitude to selling.

Selling doesn't come naturally to many New Zealanders, including me. I still remember the day I first hit the road for Queensberry and thought, OMG I'm a travelling salesman!

But hitting the road taught me two things — that I admire everyone who strikes out to make a living doing what they love; and that if you're going to survive and thrive it helps to accept that making a profit is as much fun as taking pictures.

Often the photographers I spoke to were just keen to know what their competitors were doing, or charging, but I soon learned to appreciate the glint in people's eyes who enjoyed making sales, were good at it and happy to share with me. Most of the marketing ideas we talk about come from them.

So let's get ambitious. Here are some ideas to help you become an album selling star.

Choose the high road, not the low road.

Your customers define you. If you spend your time appealing to the lower end of the market, those are the customers you'll attract, and that will probably put off people with more money to spend — you're just too cheap!

And you're likely to find, after you've shoot your first $12k wedding, that your clients aren't the only people in town with that sort of money to spend.

How do you project yourself as high end?

There was the Belgian who told me, "Ian, you have to drive a Mercedes. Drive anything else and they think you're broke."

And the New Yorker who broke through when she had a wedding covered by Martha Stewart. Suddenly she was the one to hire.

And the Kiwi who simply ratcheted his prices up until he hit resistance — or to put it another way, until he felt his prices were outgrowing his reputation. One evening he signed off an album that gave him his first, and certainly not his last, five-figure wedding coverage.

And the posh Brit we all loved and laughed at because he said marketing was no problem — he just invited people round for afternoon tea on the estate!

But how do you do that from a standing start?

Here are some suggestions:

The Kiwi worked as a DJ.

I worked as a draftsman and Heather sold souvenirs until Queensberry could support us.

Eating baked beans was our accountant's contribution! Fortunately we quite like them.

And sweat equity — stirred well with your good taste and design instincts, will take you a long way. We see so many beautiful studio set-ups in photographers' homes or store fronts, often created with sheer hard work.

And of course there's the internet, the perfect place to fake it till you make it. Create a beautiful online presence, and focus it on the high end — high-end service, products and prices. Just remember to dress for the part when you meet your clients in person  … and maybe arrive in an old Mercedes!

"That depends" — calibrate the customer

Malcolm was a very successful wedding photographer. When people asked him how much it would cost to shoot their wedding, he'd say, "That depends. Tell me about it."

That was the start of them getting to know each other, and setting expectations.

When they told him that…

… his answer might be a little different to someone who was getting married at the local Presbyterian Church, and Mum and Dad were doing the catering.

What he'd offer would be different:

Obviously the price would be different too.

The most important words in his price list were "Starting From". And he always said, "Most people spend more than that." And he'd tell them what people typically spent. Up front. Again, setting expectations.

By the way, don't assume the couple getting married at the local church or registry office, with Mum and Dad catering, don't have money to spend on photography.

You want to be the photographer for people who value good wedding photography, and are prepared to pay for it, not for those who don't want it but don't think they have a choice. Word will get around.

There are a number of aspects to this. The most dependable Heather calls the Tell Two Friends principle, otherwise known as Word of Mouth. Everyone you do a job for likely knows other people in the market. Which is why the physical product — the book or album — is so important: "Wow, that's beautiful. Who was your photographer?" And often, "How much did it cost?"

If you've done a good job, those people, and the people they tell, know quite a lot about you. They know you're good, they know you deal with people like them, they know you sell albums … and quite likely they know how much you charge.

That's a lot more valuable than just popping up near the top of a Google search for "Wedding photographers, West Auckland."

And that, by the way, is why you don't want to get a reputation for doing budget wedding shoots — unless that's your business model. Word of Mouth becomes a self-fulfilling prophecy.

Then there's the "shooting star". You might be blessed with game-changing publicity, like the New Yorker featured by Martha Stuart. It gave people with much more to spend than her current clients PERMISSION to book her. If you get lucky, or rewarded for hustling! — don't waste it. And don't expect it to last forever. Use it to build your own Word of Mouth reputation.

Then there's advertising and your social media presence. The difference between that and the shooting star phenomenon — often called "earned media" — is that one way or the other you have you pay. Again, your "advertising" needs to reinforce your high-end reputation, or ambitions.

I remember visiting the studio of one of Australia's most successful wedding photographers. This was back in the days when digital photography was just becoming practical for wedding photographers, but most of our clients still shot on film. This guy shot on a Leica, generally on black and white film, and using only natural light.

Two things I remember — his beautiful landscapes and window-lit portraiture, and that there wasn't a single wedding photograph on the walls of his studio. He was selling his reputation as a serious photographic artist.

His wedding photography was in what he wanted to sell, and deliver his imagery in — the albums on his coffee table.

Again, this is something you can do very simply online provided you have the work to show and sell. Add a gallery of your landscapes, seascapes, portraits, travel imagery or whatever to your website, and feature it prominently in the site navigation. Use Print Shop, for example, and demonstrate that you're a "serious" photographer, not just another spray and pray merchant!

There's another aspect to this. You are an artist. You do have a sound design sense. You have been to and photographed plenty of weddings. You have designed lots of albums. So don't be shy about expressing your opinions with confidence. Bearing in mind of course that nobody likes a know-all (sorry for being one myself :() — and that you're not selling photography, you're selling memories. Which doesn't mean that your artistry isn't valued, but that it's in the service of an external goal.

By nature we tend to be modest and retiring, like our national bird ;).

To which most of our business people say, "And what's wrong with that?

When we started exporting, people told us we should take what we were claiming about our products and multiply it by four. Yes, by four! Why? Because we Kiwis are too modest by half, and second, because everyone would assume we were exaggerating, and knock our claims back by half!